If you're familiar with the using the command line, The best way to learn about MirageOS is to try out the installation instructions for yourself!

What is MirageOS and why is it important?

Most applications that run in the cloud aren't optimised to do so. They inherently carry assumptions about the underlying operating system with them, including vulnerabilities and bloat. Compartmentalisation of large servers into smaller virtual machines has enabled many new businesses to get started and achieve scale. This has been great for new services but many of those virtual machines are single-purpose and yet they contain largely complete operating systems which themselves run applications like web-servers. This means a large part of the footprint is unused and unnecessary, which is both costly and a security risk (due to the larger attack surface).

MirageOS represents a new approach where only the necessary components of the OS are included and compiled along with the application into a unikernel. This results in highly efficient and extremely lean appliances, with a much smaller attack surface. These appliances can be deployed directly to the cloud and embedded devices, with the benefits of reduced costs and increased security and scalability.

How does MirageOS work? 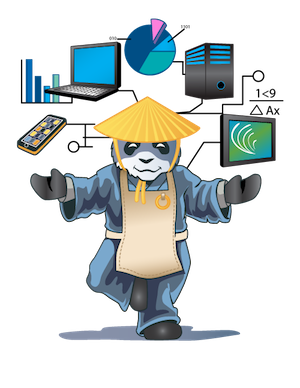 MirageOS is a 'library operating system' for constructing secure, high-performance network applications across a variety of cloud computing and mobile platforms. It works by treating the Xen hypervisor as a stable hardware platform, allowing us to focus on high-performance protocol implementations without worrying about having to support the thousands of device drivers found in a traditional OS.

Code can be developed in a high-level functional programming language (OCaml) on a desktop OS such as Linux or Mac OSX, and is then compiled into a fully-standalone, specialised unikernel. These unikernels run directly on Xen hypervisor APIs. Since the Xen powers most public clouds such as Amazon EC2, Rackspace Cloud, and many others, MirageOS lets your servers run more cheaply, securely and faster in any Xen based cloud or hosting service.

MirageOS is based around the OCaml language, with syntax extensions and 50+ libraries which map directly to operating system constructs when being compiled for production deployment. As such, MirageOS includes clean-slate functional implementations of protocols ranging from TCP/IP, DNS, SSH, Openflow (switch/controller), HTTP, XMPP and Xen inter-VM transports.

Where will MirageOS be useful? 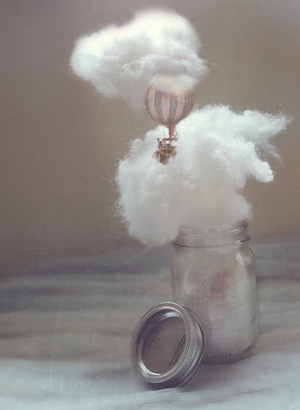 An example of a current MirageOS appliance is this website which is a completely self-hosted site, deployed on the public cloud and running directly on the Xen hypervisor (in this case, on Amazon EC2). Such appliances could be auto-configured and deployed directly to the public cloud (e.g. Rackspace or Amazon EC2) or pushed to embedded devices. There is also http://decks.openmirage.org, where separate MirageOS appliances are being used to present slides for conferences. These are both cases of how MirageOS is being used right now and below are examples of things we can do in the future.

We can create auto-scaling web-servers with very small footprints. These would be cheaper to run than current solutions due to the small size but they would also be highly elastic. If a sudden spike in traffic occurs, the web-servers can be configured to create and deploy copies of themselves to service the demand. This auto-scaling happens so quickly that an incoming connection can trigger the creation of new server and the new server can then handle that request before it times out (which is on the order of milliseconds). When the demand dies down again, these web-servers can automatically shut themselves down. Since these machines boot fast we can be more elastic, raising and lowering capacity to precisely meet demand and therefore only spending what we actually need when we really need it. 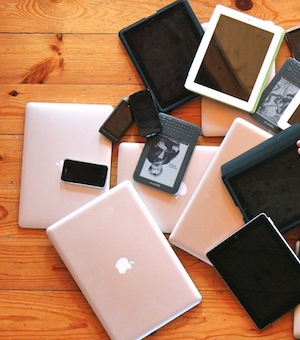 Using MirageOS, we can also create appliances that can run on embedded devices. Such appliances can be deployed into small devices that are scattered around your home, for example in plant pots to measure moisture levels to chemical sensors in your fridge, which tell you exactly what has gone off. You could access the data from these sensors via a web-sever appliance, which is also deployed locally in your home on a device like a Raspberry Pi. Installing additional applications into your Raspberry Pi appliance can be a a simple 1-click operation, allowing you to share your data or compare with others. Creating a home-based network like this ensures you're not affected by any upstream connectivity issues and that your data remains within your control.

This same scenario can be deployed into a enterprise environment where sensors around a building can monitor environmental conditions, adjust lighting and many other things. When additional computation is required, more appliances can automatically be created on a cloud provider for the short duration that they're needed.

Overall, MirageOS provides substantial benefits in terms of increased efficiency and safety and is ideal for deploying to both the public cloud and embedded devices. Together with Irmin and Signpost, MirageOS forms a core piece of the Nymote/MISO toolstack to power the coming wave of Internet of Things devices.